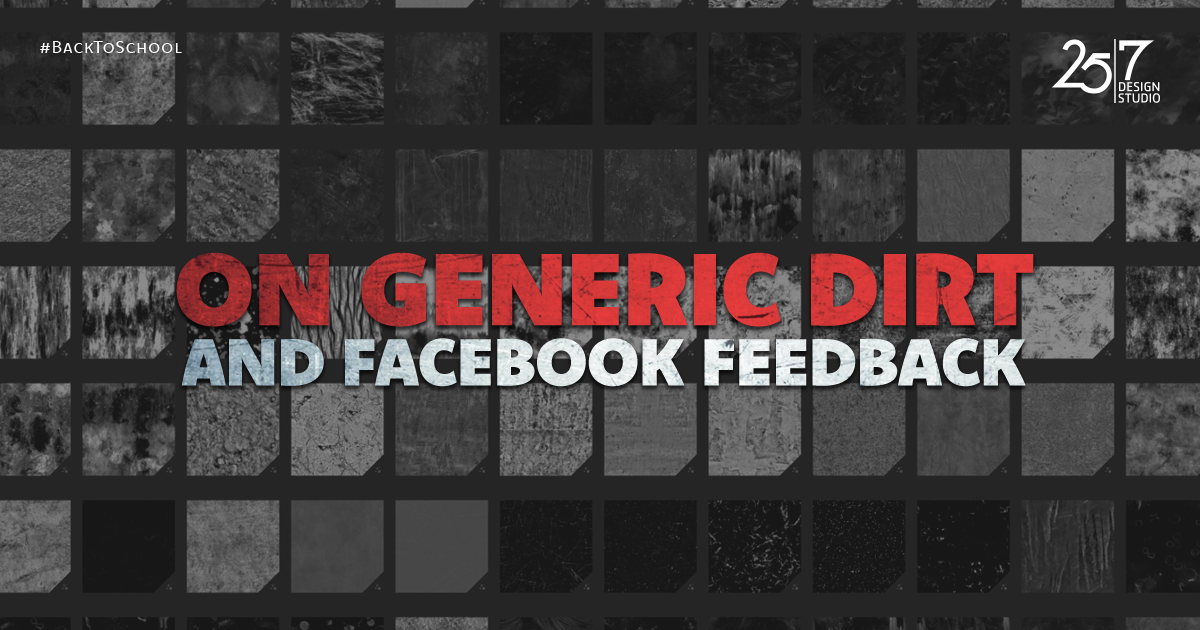 We have all been there.

When we sculpted our first monster head in ZBrush, only using the Standard Brush (with a mouse). When we drag-and-dropped those realistic-looking materials on our finished model (with no UV maps, because who needs those) in Adobe Dimension and hit the render button. When we saw a video in which Michael Pavlovich explained ZRemesher and UV Master, and we thought, “this is it, I am now ready for Substance Painter”. And when we discovered smart materials and dirtmaps, and textured our masterpiece of a model in under 10 minutes to utter excellence.

We have all been there, more than once, pushing the utterness of that excellence just a tiny bit further every time.

And then some of us, usually hoping for reassurance and praise, went on to publish the fruit of our hard work on social media.

A few days ago, I saw a post in one of the 3D graphics-related groups on Facebook. It was some kind of vehicle; a floating bike, with huge engines and a rather plain, industrial design. The model itself wasn’t too detailed, but some parts of it (especially the dashboard) were textured with photographs or drawings involved, so it wasn’t all procedural; whoever did that, clearly made an effort.

And then, there was some wear and tear, and of course, dirt (which contrary to popular belief, is not required to achieve realistic results, because not everything is covered in dirt in the real world. Shocking, I know.) The wear and tear came from smart materials or smart masks, which meant that the creator of the image knew how to utilise curvature maps. They obviously went with the default settings, which is a very common mistake of the inexperienced. (Yes, it is easier to tell than you’d think.) And then they added dirt. Or rather, they added generic dirt maps, evenly scattering the grungy cloud everywhere on the otherwise shiny metallic parts (rightly adding the effect to both the colour and the roughness channels).

Here I should state how important it is to use reference. We think we know what the world looks like, but it couldn’t be further from the truth. I see it proven over and over again, when my students don’t want to be bothered with looking at the reference they collected, and then end up with painfully deformed anatomy, impossible parts, non-existent details. The creator of the abovementioned vehicle did not look at dirt reference, because dirt does not build up in a homogenic way on moving vehicles. And it usually thickens in cracks and small holes, not on large, flat outer surfaces.

And then there was the presentation itself. The image was rendered using a default camera (my guess, with Iray, directly from Substance Painter). That camera was designed to fit the whole model in the viewport. It also comes with a huge perspective distortion as a side-effect, which makes it very hard to determine the size of the obejct we’re looking at, especially if it’s something we don’t see everyday. The vehicle on the image looked like a miniature, partly because of the perspective distortion that wasn’t on par with its size, and partly because the scratch and dirt detail looked as large on it as it would on a toy car. The lighting came from one of the predefined HDR maps that come with Substance Painter, and that map in its complete disconnect, blurriness and very different colour tone was rendered behind the vehicle, too.

As I said, we have all been there.

So (because the poster asked for feedback) I provided my feedback in a comment; I mentioned which parts should be improved, what to look out for, and what was substandard. Generic dirt. Then I read the other comments and realised that I was the only one telling the poster what parts could be improved. Most everyone else praised the image. Now, before you think I have no heart; I do think it’s important to appreciate one’s effort, and give credit wherever it’s due. But I certainly don’t think it’s wise to get a lot of praise for a work that is far from being good. Not because the creator lacks talent; but because they need to study more. And we mustn’t forget that this is the most competitive creative industry on the planet. It is—cruel as it may sound—not enough to be good. One needs to be great if they want to get a job. And unfortunately, there is no reward for just showing up.

In other words: I think it’s great to encourage someone to become better; to appreciate they had the guts to post their work in a public group; but constructive, clear, straightforward criticism is key. And that is something we should not sugarcoat, ever, because if we do, it gives way to misinterpretation.

And then, someone who read that post (and my comment) sent me a private message, expressing that he agreed with my comment. We started to talk, and when it came to who-worked-where, he revealed he was teaching at Gnomon. I got literally star-struck, and it also felt really good to know someone with that high profile thinks like me. I then checked him out, of course, and realised that I saw one of his tutorials, and I can only recommend it, of course. Check out Vehicle Texturing in Substance Painter: From Clean to Mean by James Schauf. And while you’re there, check out the other brilliant videos that are available at The Gnomon Workshop.

And of course, if you need a little improvement on how to deal with wear, tear, and dirt, and you want personal, immediate feedback and instruction, you are more than welcome to check out our very own Texturing module. As always, if you have any questions, or comments, don’t hesitate to let us know!